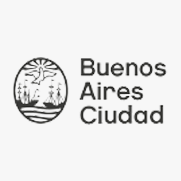 3D City is a platform designed to visualize the urban code of the Autonomous City of Buenos Aires. In this way, it is possible to see in three-dimensional reproductions what type of constructions can be made in the different plots of the city. This tool allows users to urban developers and neighbors know the possibilities and limits presented by the Urban Code approved in 2018 in an easy-to-use visual tool.

The 3D City platform aims to streamline the application of the new Urban Code and strengthen the transparency of the urban development of the City. First, from the visualization and simplification of what is established by the Urban Code, it is possible for professionals shorten the presentation times of projects adapted to these parameters Secondly, the platform aims to translate and clearly show the urban regulations that until now were not digitized.

Ciudad 3D was developed in Open Source format so that other cities or institutions can study, modify and improve its design through the availability of the source code.